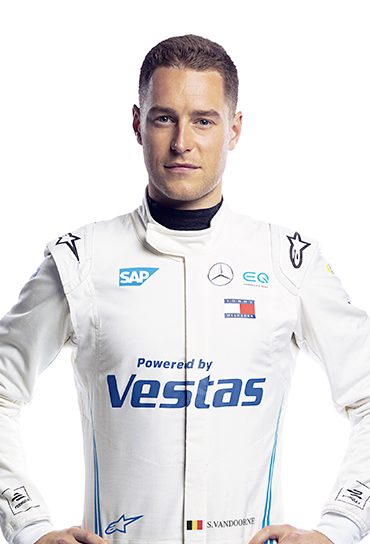 Stoffel Vandoorne is a Belgian racing driver. His junior career broke records and saw the young Belgian sky rocket into the top levels of motorsport.

Vandoorne is an only child that grew up outside the Belgian city of Kortrijk. His journey in motorsport began when he was six years old at an indoor karting track his father, an architect, was designing a restaurant for. It took Stoffel and his family until he was fourteen to collect enough sponsorship to get Stoffel out of indoor karts and into a regional karting championship. On his first try, Vandoorne won the Belgian karting championship at sixteen. The following year, in his first international season, he finished second in the World Karting Championship.

At seventeen, the Belgian entered a competition hosted by the RACB, the Belgian national racing program which helps fund and support young talents. He was selected to join the program which allowed Stoffel to continue racing and transition from go-karts to single seater cars. After an impressive debut in single seaters, Vandoorne was crowned F4 Eurocup 1.6 champion and progressed into Formula Renault 2.0 Eurocup.

This is when the Belgian catapulted into the record books. In his two years competing in F2 he broke the records for the most number of victories, pole positions and fastest laps. He finished a close runner up his first season and then won his second attempt at the championship four races before the end of the season. Unfortunately, Stoffel was not able to move into a McLaren seat after his championship winning season. He competed in Japanese Super Formula for a year alongside being McLaren F1 reserve driver.

On 31 March 2016, it was announced Vandoorne would be replacing regular McLaren Honda driver Fernando Alonso at the Bahrain Grand Prix after the Spaniard was ruled unfit to drive following a major accident in the previous round. After qualifying 12th, ahead of McLaren teammate Jenson Button, Stoffel finished 10th and became the first reserve driver to score points on debut since Sebastian Vettel at the 2007 United States Grand Prix.

His successful debut in 2016 earned him an official seat at McLaren next to Fernando Alonso in the following 2017 season. In his first full Formula 1 season, Stoffel scored 13 points and scored his top finishes in Singapore and Malaysia in 7th place.

Stoffel continued with McLaren in 2018 and as McLaren’s performance issues continued, he scored 12 points with his best finishes in 8th place in Bahrain and Mexico.

After a couple difficult seasons at McLaren, Stoffel left Formula 1 and joined new entrant and Mercedes-Benz affiliate HWA Racelab in Formula E ahead of Season 5. Despite an array of technical failures on his car, Stoffel achieved a podium and five top ten finishes in his debut season.

In addition to this role, Stoffel became a simulator driver at Mercedes AMG Petronas Formula 1 and replaced ex-McLaren teammate Jenson Button to run the 6 Hours of Spa and the 24 Hours of Le Mans with SMP Racing in the FIA World Endurance Championship (WEC) where he would go on to achieve two 3rd place podium finishes, the highest of the non-hybrid LMP1 cars.

It was announced on September 12th that Stoffel will join Mercedes-Benz EQ Formula E team for season 6 of the FIA Formula E Championship.